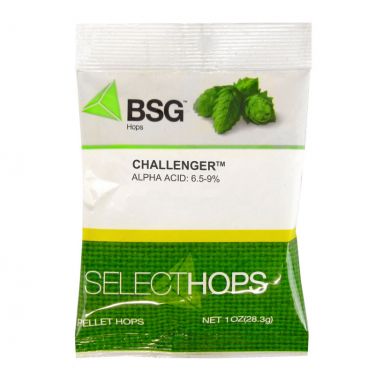 Challenger Hop Pellets can act as a standalone hop or be part of a blend. Challenger hops excel for boiler, hop back, and cask additions. A dual purpose hop combining moderate alpha acid levels with a good kettle hop aroma. The flavor and aroma feature mild to moderately intense spice with elements of evergreen and ripe fruit. As a dry hop, Challenger adds a bright, grassy character and blends well with earthy or floral varieties. A signature variety of the English brewing tradition, Challenger is a granddaughter of Northern Brewer with some Northdown in its lineage as well. It was released in 1972 by Wye College. Although it has limited acres elsewhere, most of this hops production remains in the UK. Right at home in any English ale formulation, it has also found application in some west coast-style American IPAs.