We are open for business. Click here to read our Covid-19 Action Plan. 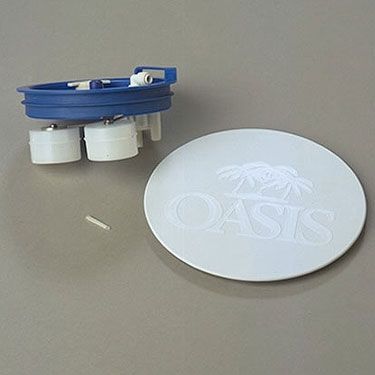 This Oasis (502545) kit converts current bottled water models to newer, more efficient point-of-use models. Unlike bottle coolers, point of use coolers allow water to flow into the unit's reservoir until full, providing a continuous source of water without bottle storage or spilled water. The dual float system prevents overflowing and indicates if a float problem occurs.

Included in the kit are the float system and lid assembly, an inlet strainer, and a cabinet cover. The POU method of dispensing water from existing water lines eliminates the hassle of changing heavy bottles and the waste of throwing millions of them away every year.