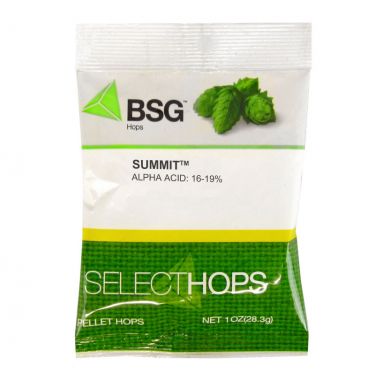 The peak of high-alpha varieties, Summit has exceptional alpha acid levels and a high oil content. It has a strong grapefruit aroma with notes of orange and tangerine. Used primarily for bittering, it has been employed for dry-hopping with some success. Summit was developed through a cross pollination of Lexus and an unspecified male and was derived from numerous plants. Summit hops were bred by the American Dwarf Hop Association in the United States, released in 2003.